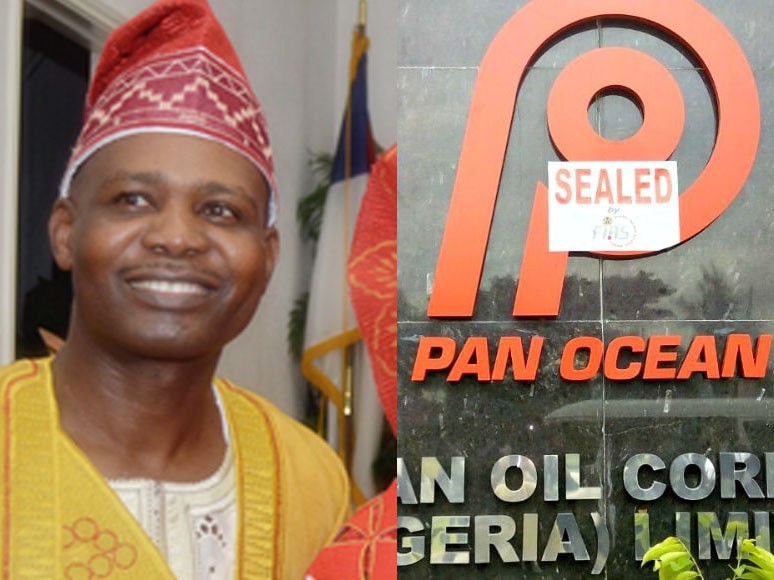 Always dressed to the nines in designer labels and living like a princess, this On-Air Personality has become the toast of many due to her ‘baby girl lifestyle’ which she flaunts on social media.

Though Toke Makinwa still lives like a ‘baby girl’ and even had a cosmetic surgery that gulped millions of naira, her big daddy, 73-year-old former oil mogul, Festus Fadeyi, who is also the chairman of Pan Ocean Corporation, an indigenous independent oil, and gas company, has become a former billionaire.

Already, he has lost his private home on Modupe Alakija, a street in Victoria Island, Lagos.

The mouth-watering mansion, which had served as the Fadeyi family’s home for several decades alongside others, has been confiscated by the Assets Management Corporation of Nigeria, AMCON.

The federal government agency took over Fadeyi’s Pan Ocean Corporation’s assets and those of its subsidiaries over bank loans totaling about N240billion. 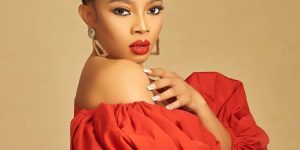 The oil and gas businessman was sacked, alongside other members of the board of directors, by the Central Bank of Nigeria, CBN, due to the bank’s liquidity and non-performing loans.

But Pa. Fadeyi, a father of five, allegedly spent extravagantly on Toke.

For instance, in 2017, he allegedly bought her a brand new Range Rover 2016 model worth over N50 million.

He is also responsible for her acquisition of top of the line and very expensive designer bags, shoes and apparels. From Louboutin, Bottega, Chanel, Louis Vuitton to Hermes among others, Big god’ Fadeyi spoilt Toke silly with the most pricey stuff.

Whenever she visits London, United Kingdom (UK) via business class or first-class flights paid for by Fadeyi, she spared no expenses at the city’s posh shopping points.

It is very interesting to note that Fadeyi foots such outrageous bills for Toke while he wallows in loan debt to his bank.

Despite the opposition of his family to the relationship with the divorced social media celebrity, Fadeyi went headlong and invested emotions and good money.

In fact, it got to a stage that Fadeyi’s children declared war against her, warning her to leave their father alone.

Toke Makinwa was said to have benefitted immensely from Fadeyi, earning herself a plush apartment on Bank Road, Ikoyi.

Little wonder, some weeks ago, Toke posted on twitter, urging women to be financially free, writing on social media that she bought her dream house at 35!

She wrote in parts, “Dear woman, I see you, you rock, keep raising the bar. Keep shattering the ceiling, keep pushing that envelope.

Financial freedom is a “must” for us women, being able to do for yourself certainly has to be the goal, it’s nice to have help, it’s nice to come from wealth but it is important to raise women to believe that wealth is not gender-based

I am super proud of all the women out there steady building, I bought my dream home at 35, (not my first property) while there certainly isn’t an age cap, seeing young ladies do it in their 20’s is such an inspiration, I love you all, keep doing you.

Back to her ‘big god’ who has been stripped bare of his home and other properties, where does Pa Fadeyi go from here?

Meanwhile, Toke Makinwa is having a ball about town and still dishing out advice to girls on how to make money from ‘big gods.’ 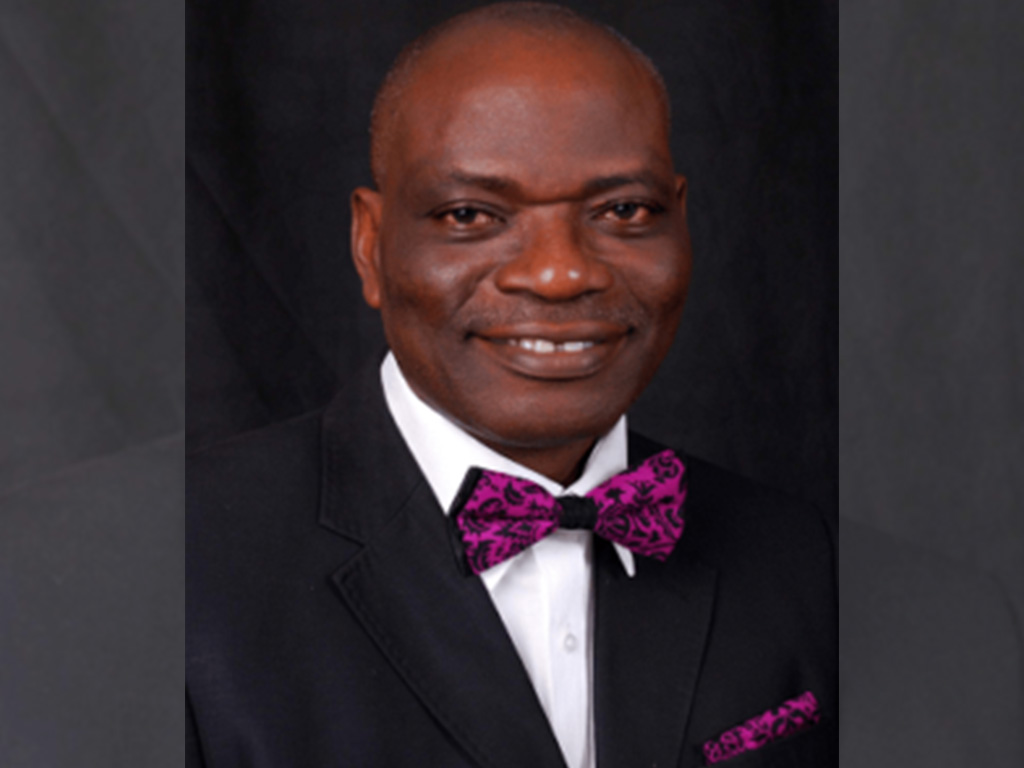 The Governing Council of the University of Lagos, UNILAG, on Wednesday removed Professor Oluwatoyin Ogundipe as the vice-chancellor of the institution.

Professor Ogundipe was removed following the council’s meeting held at the headquarters of the National Universities Commission, Abuja.

The meeting was presided over by its Pro-Chancellor and Chairman of Council, Dr. Wale Babalakin (SAN).

11 of the 12 council members at the meeting were said to have voted for the removal of Prof. Ogundipe.

He was accused of financial impropriety and gross misconduct. 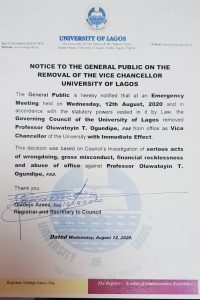 WE ARE WITH YOU ON THIS JOURNEY, SPEAKER OBASA’S LAW SCHOOL COLLEAGUES SAY. 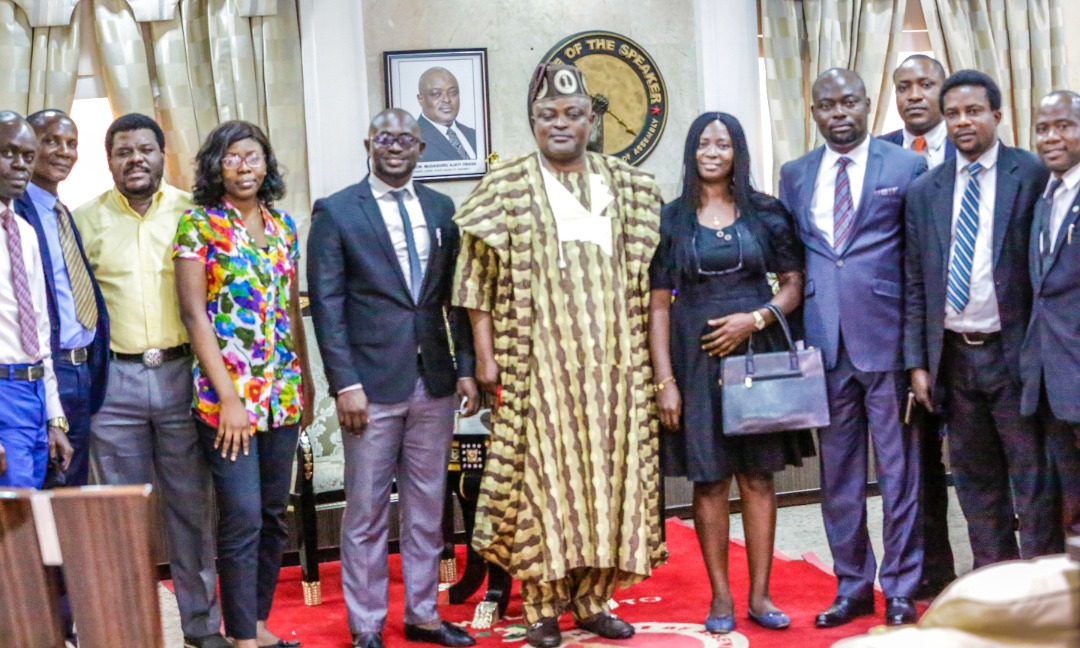 The Nigerian Law School, Victoria Island, Lagos colleagues of Rt. Hon. Mudashiru Ajayi Obasa, Speaker, Lagos House of Assembly, has promised to support him in his political journey as well as constantly set the record straight where necessary. The lawyers made the promise when they paid the Speaker a solidarity visit on Tuesday, August 11, 2020, at his Lagos House of Assembly office. The lawyers lamented the damage fake and unverified news has done to Nigerians. They said the solidarity visit, apart from standing with him, was an opportunity to confirm that Obasa, graduated from Law School against claims by an online medium, Sahara Reporters. They presented to the Speaker copies of Nigerian Law School Year Book – 2008-2009 which contains names and pictures of members of that year set including that of the Speaker which was on page 214. Obasa thanked the lawyers for the visit and told them he was unperturbed by the fake stories. 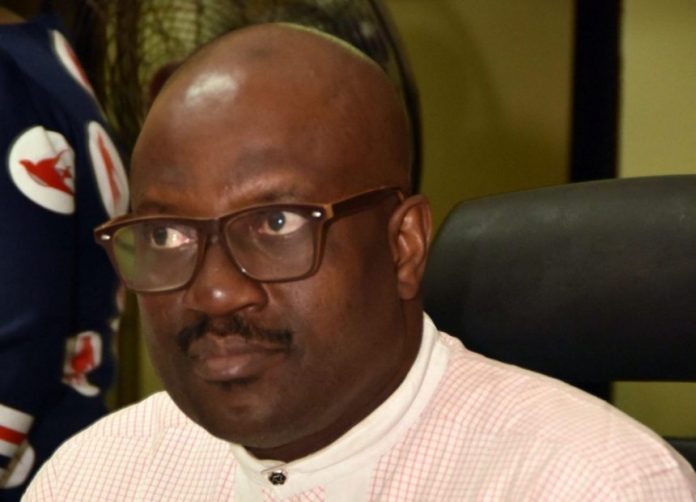 The Acting Managing Director of the Niger Delta Development Commission (NDDC), Prof. Kemebradikumo Daniel Pondei, weekend, listed some of the contracts the Commission was allegedly coerced to pay by the National Assembly before its 2019 annual budget could be harmonized.
He alleged further that some Lawmakers, especially members of adhoc Committees held the Commission hostage over the years with the annual budget approval.

“This scheme has continued to play out, because as at this Month of August 2020, the budget of the NDDC for the 2020 fiscal year has not been passed by the Joint National Assembly Committee on NDDC. Sadly, nobody seems to care to ask questions because people are falling for the well-scripted smokescreen playing out in the two Chambers of the National Assembly.”
According to the statement, “this document, is among the many others tendered before the NASS Committee, which never saw the light of the day, and which the NDDC Committee were never allowed to speak on, when they eventually appeared before the Committee, during the public hearing. It was based on this evidential claim that the IMC of NDDC staged a walk-out, on the first day they were to testify before the Committee.
“The details of this list can be verified from the Central Bank of Nigeria, through a Freedom Of Information (FOI) request.
“Indeed, the same allegation informed the reason all well-meaning Nigerians urged the Committee Chairman, Hon. Tunji-Ojo to recuse himself from the Chairmanship of that hearing. This is in keeping with the Nemo judex in causa sua, which is a Latin phrase that upholds the principle of natural justice that no one can judge a case in which they have an interest”.
It continued that, “it is very unfortunate that against all objective appeals and moral persuasions, Hon. Olubunmi Tunji-Ojo, alongside some other accused members of the House Committee on NDDC, proceeded to hold a public hearing, which was initially slated for two days, being the 15th and 16th of July 2020, but which effectively ran till 20th of the month, only for him to decide, at his own pace and time, to recuse himself from the hearing, on the last day, an action which cast a dark shade on the entire public.
“This is because, the same reason for which he recused himself on the last day was enough for him to steer clear from the matter, ab initio. The foregoing points to a clear fact that the Committee set out to do a bidding, that was never in the interest of the public. They obviously needed a public hearing to tell the public what they wanted the public to hear, rather than the facts of the matter.
“The Spokesperson the House of Representatives, Hon. Benjamin Kalu, on a National Television Programme, recently, admitted publicly, that Contractors often approached Chairmen of the House Committees and the members, to use their office to compel MDAs to pay them. This definitely should be the new height of the abuse of the oath of office they swore, not to allow their personal interest interfere with the discharge of their official duties.
“Recall that since these allegations were first made by the Acting Executive Director, Projects, Dr. Cairo Ojougboh on National Television, Hon. Olubumni Tunji-Ojo has not deemed it fit to discountenance the allegations by way of a law suit”.
The statement also gave a detailed breakdown of the contracts which the National Assembly allegedly compelled the NDDC Interim Management Committee to pay before the 2019 budget is harmonized.

WE ARE WITH YOU ON THIS JOURNEY, SPEAKER OBASA’S LAW SCHOOL COLLEAGUES SAY.