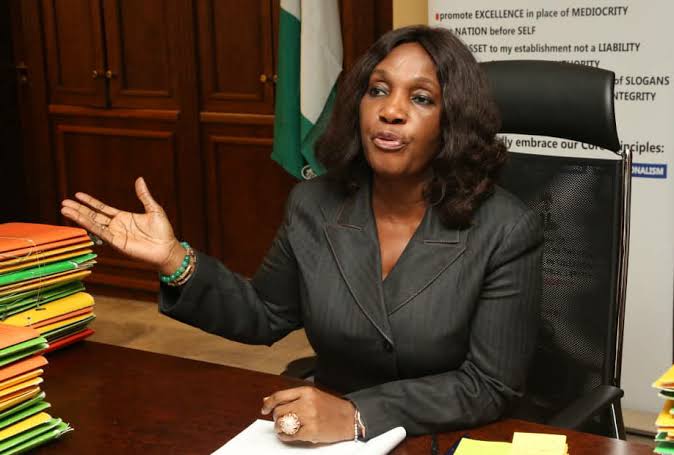 The former acting managing director of Niger Delta Development Commission (NDDC), Dr. Gbene Joy Nunieh, who was sacked recently, has blown hot over her dismissal by the minister for Niger Delta, Senator Godswill Akpabio. According to her, the minister deceived members of the public with the reason given for her sack from the office.

Nunieh was recently sacked over issues bothering on alleged sharp practices and unverified contracts payment running into billions of naira.

But the former NDDC boss debunked the allegation leveled against her by Akpabio in an interview.

She described the Niger Delta minister as a pathological liar.

According to her, Senator Akpabio wanted to compel her to swear to an oath of secrecy and loyalty.

The ex-Ag NDDC managing director alleged that in one of their peace meetings in Abuja, Senator Akpabio, as part of his conditions for peace, wanted her to accept the oath of secrecy and loyalty in the presence of other members, adding that she turned down the request as it was against her Christian faith.

She said that the minister sacked her due to her refusal to go for the oath ritual and again due to her blunt refusal to approve unusual payments for his numerous contracts without verification from Akwa Ibom State and his other loyal contractors.

She revealed in the interview that Akpabio could not tell the press that she was sacked due to sharp practices in NDDC as acting managing director, adding that she left billions of naira in office as at the time she left.

Dr. Joy added that Akpabio wanted her to divert NDDC funds to sponsor his presidential ambition in 2023, which she said she also refused.

She said that her sins against Akpabio was her refusal to take an oath of secrecy and pay his phoney Akwa Ibom contractors.

She said further that she turned down Akpabio’s request to sponsor his 2023 presidential ambition with the common wealth of the people of Niger Delta, which she said is meant to carry out developmental projects in the oil-producing, but suffering communities.

The woman recalled that there was a reason she was the only survivor in a boat mishap, where all the other nine occupants died.

She vowed to open up at the right time to tell Nigerians many things about Akpabio and NDDC generally.

Dr. Joy Nunieh’s words: “Thank you my brother, you said you are a journalist and you said Akpabio opened his mouth to tell you that he sacked me from office because I was paying unverified contracts money running into billions of naira. I don’t believe Akpabio can tell you that lie. If he did, then, he is a pathological liar. Did you put him on record?

”I will just give you a brief as I will speak at the right time. Let me today tell the world why Akpabio sacked me because he has been pushing me to open up.

“Akpabio wanted to compel me to swear to an oath of secrecy and loyalty in the presence of other two top NDDC male officials.

“He tried to do that on about three consecutive times and I looked at his face and bluntly told him no, that the God I serve is bigger than his secret oath.

“A secret oath to allow him loot the money belonging to the people of Niger Delta and I refused his request.

“Akpabio wanted me to sponsor his presidential ambition in 2023 with the money meant for the development of Niger Delta, which I bluntly refused. These are some of my offences against Akpabio. I don’t regret standing on the path of my people.

”Akpabio is a common thief, he lied to you that I was sacked because of sharp practices. He stole the common wealth of Niger Delta people. Let Akpabio face his probe and leave me alone. He wanted to drag innocent people to fall with him. I refused to join him on his oath of secrecy to cover him by signing fake contract documents.

“That is the sole reason he sacked me. He was also saying that I am not a lawyer. He also boasted that I came to Abuja to beg him. Are you recording? Listen, since he sacked me from my job, I have not travelled out of Port- Harcourt.

“This common mouthy criminal said I travelled to Abuja to beg him. Akpabio is a pathological liar. He has been running a campaign of calumny to discredit or tarnish my hard earned reputation.

“I serve God and no amount of calumny will do me any harm. Let me use this privilege to tell Nigerians and the Inspector General of Police that from this moment, if any fly perches on my skin and causes any physical damage to my skin and my immediate family members, Senator Godswill should be held responsible.

“I know why I am saying this because Akpabio is a dubious character, who is morally unfit to hold any sensitive public office in the country.

”I am highest traditional title holder in Ogoniland. I cannot steal from Niger Delta. I am an activist. Akpabio is benefitting from what he didn’t know how it came about.

‘He didn’t know how NDDC was established. There is a reason I was the only survivor of a boat mishap with nine occupants. My God is stronger than the gods of Akpabio.

“He will certainly perish. He will not have peace in his entire life,” she said.

However, Godswill Akpabio, in an interview, stated why he sacked Dr. Joy Nunieh. His words ”I sacked her because she did not perform up to expectation by paying unverified contracts money running to billions of naira.

“Majority of the contracts are water hyacinth distilling. Some are without due process. She was bringing embarrassment to the commission, which I am bent on sanitizing through forensic auditing.

“Dr. Joy was not sacked because of NYSC certificate forgery as it was peddled in some media. Thank you for calling to confirm your stories before publishing.

“I will forward to you her NYSC certified true copy from the NYSC board to tell you that her sack had no bearing or connection with NYSC, but sharp practices in NDDC.”

DELE MOMODU AT 60: A BROTHERHOOD MADE IN PARADISE 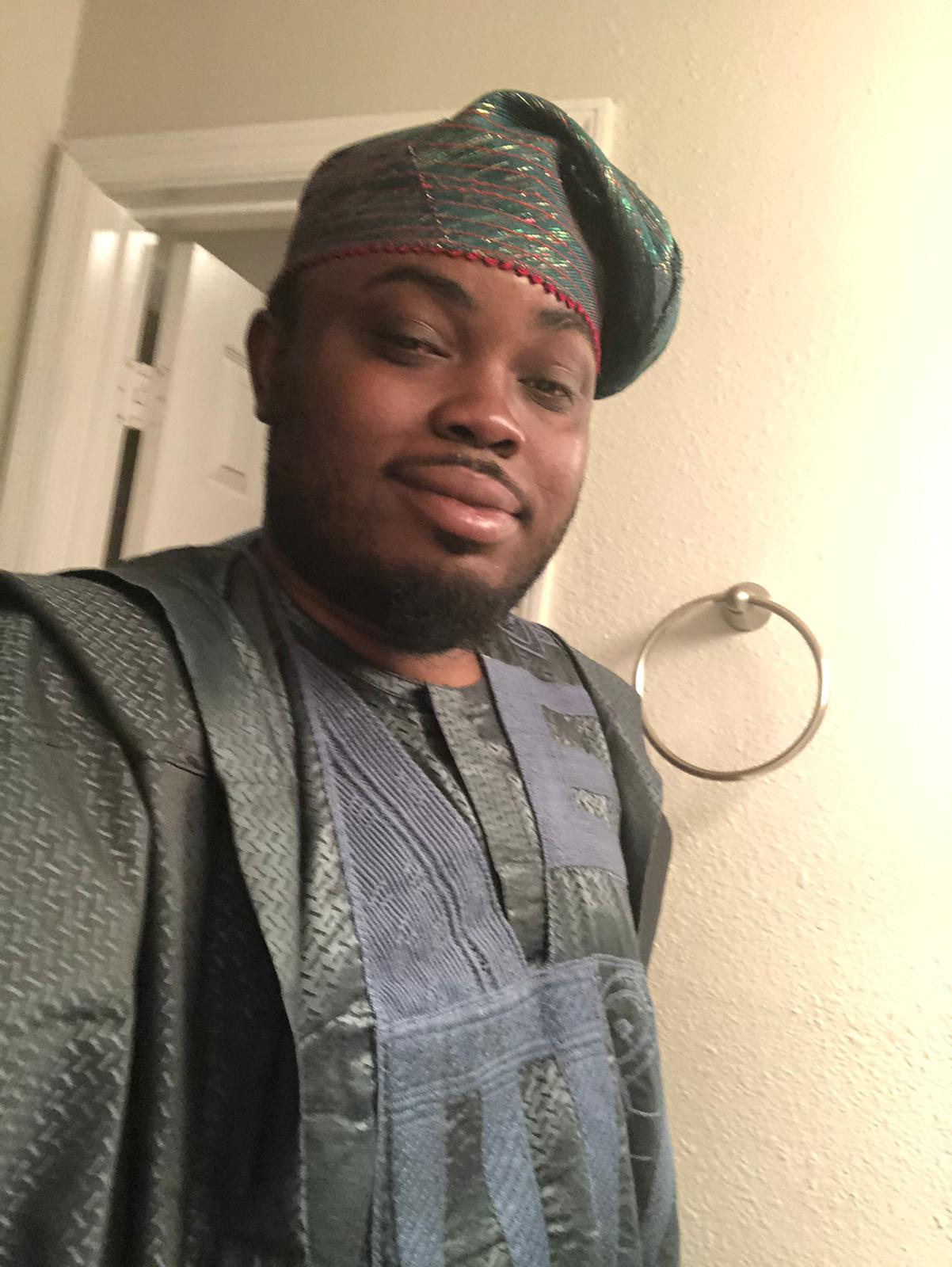 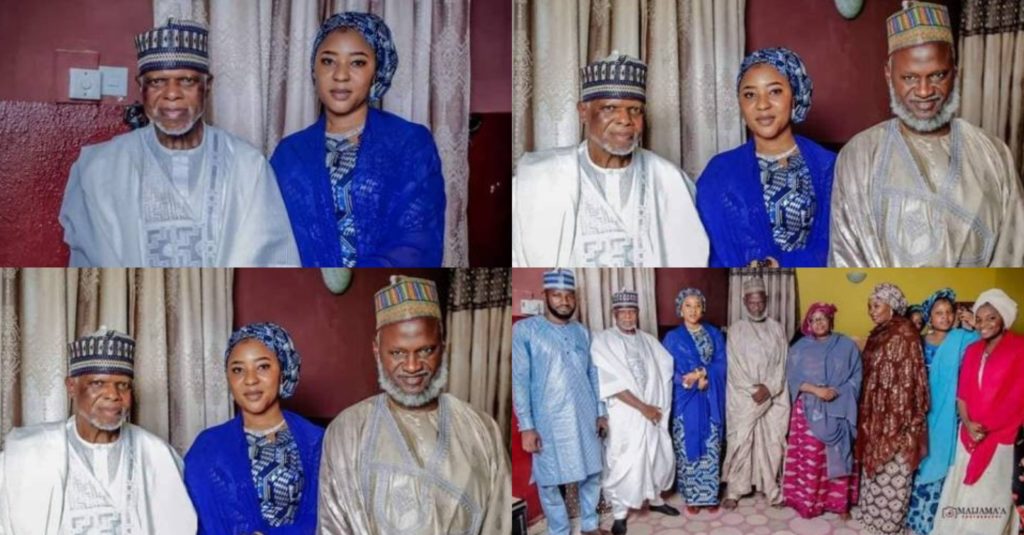 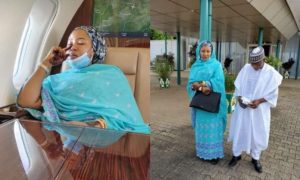 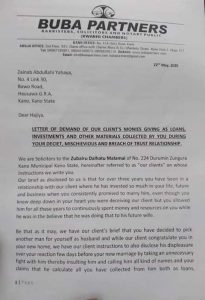 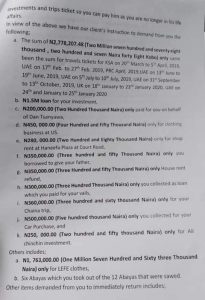 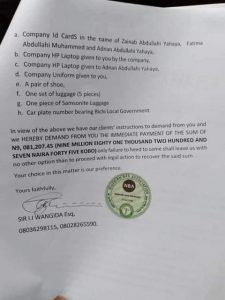 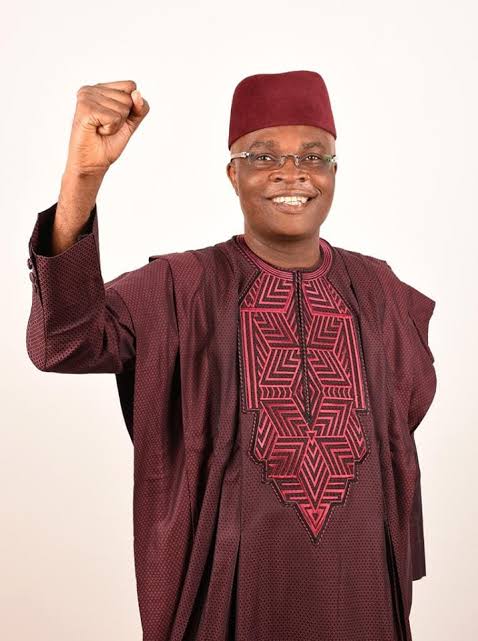