Photos and details of a multi-million dollar home in Switzerland owned by Kola Aluko, a suspected money launderer for former President Goodluck Jonathan and Petroleum Minister, Diezani Alison-Madueke have been obtained by Saharareporters. Mr. Aluko’s palatial home is nestled in the beautiful canton of Ticino, in southern Switzerland. Ticino is renowned for its mild winters and boasts some of the highest number of sunshine hours in Switzerland. Continue reading… 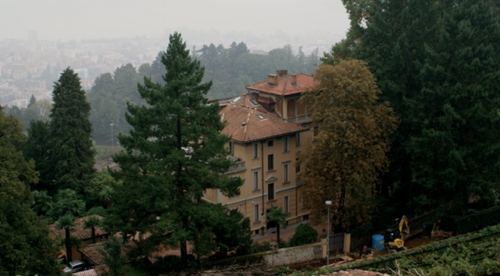 In a week when UK law enforcement authorities arrested Mrs. Alison-Madueke in London and agents of the Economic and Financial Crimes Commission (EFCC) searched her homes in Nigeria, Mr. Aluko was reportedly holed up in his Swiss mansion located at Catonale 17, 6948 Porza in Tocina, according to a source familiar with his whereabouts. Mr. Aluko is famous as one of the hitherto obscure individuals dusted up by the former Petroleum Minister to be fronts for her shady billion dollar schemes in the oil sector. A flamboyant man, Mr. Aluko relished his meteoric rise to stupendous wealth, purchasing villas, expensive cars, and a yacht, dating former supermodel Naomi Campbell, and partying with movie and entertainment stars in the UK, Europe and the US.

Several reports have been written about Mr. Aluko’s role as one of the launderers of billions of dollars illicitly cornered by the embattled former Minister of Petroleum and former President Jonathan.

An investigation pointed to a falling out between Mr. Aluko, on the one hand, and Mrs. Alison-Madueke and Mr. Jonathan, on the other. The major contention was centered on Mr. Aluko’s indiscreet and flashy lifestyle, which triggered the former minister’s fears that his opulent acquisitions and taste could attract unwanted attention. According to sources close to both parties, the relations between Mrs. Alison-Madueke and her front soured badly after Mr. Aluko was seen in numerous photographs accompanied by Ms. Naomi Campbell. They said Mr. Aluko stopped traveling to Nigeria and absconded with a massive amount of looted money he was supposed to launder for Mr. Jonathan and the former Petroleum Minister. 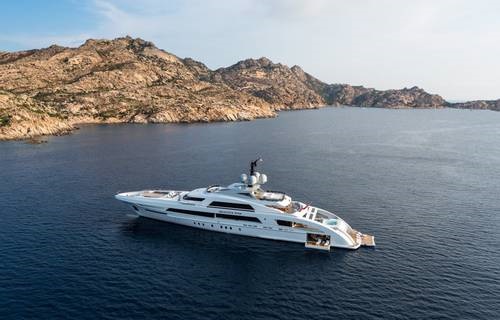 Mr. Aluko’s Swiss estate, known as Villa Rezzonico, is described by one Italian language newspaper as having “an area of 1,400 square meters, dozens of rooms, and is surrounded by a park of 4,700 square meters with a swimming pool, fitness area and several oases for relaxation.” The paper described the villa as “one of the most beautiful architectural relics of the early twentieth century or twentieth century in Switzerland.” The newspaper identified Mr. Aluko as the new owner of the mansion, adding that he carried out significant renovations and equipped the property with a sophisticated security system.

As part of our ongoing investigation into Mr. Aluko’s role as a money launderer, our correspondent rang his home number, +41 91 940 27 14. An employee who answered the call confirmed that Mr. Aluko lived at the house, but claimed he was “unavailable to speak on the phone.” This employee told our correspondent that she would pass the message to Mr. Aluko. However, he did not return our call at the time of this publication.

Mr. Aluko’s sudden wealth came from his ownership of Atlantic Energy, a shady firm that received generous oil export contracts from the Nigeria National Petroleum Corporation (NNPC) six months before it was legally established as a company. Mrs. Alison-Madueke also recommended the award of at least five oil blocks to Atlantic Energy. 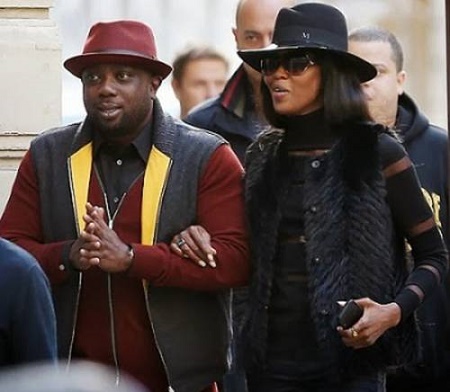 Mr. Aluko also owns Tenka AG, a company based in Zug, Switzerland that was formed in late 2012. Tenka AG is described as a food and hospitality company and owns a capital of 500,000 Swiss francs.

Source: Saharareporters
Related Topics:
Up Next

Delta State Governor and Vice-Presidential Candidate of the Peoples Democratic Party (PDP), Ifeanyi Okowa, weekend, said that poor management of the nation’s economy by the ruling All Progressives Congress (APC) caused the rising hunger and poverty in the country.

He stated this at an empowerment programme for the people of Ika Federal Constituency at Boji-Boji Owa, Ika North Council by the member representing the constituency at the House of Representatives, Mr. Victor Nwokolo.

The governor, who commended Nwokolo for his gesture, described the event as “empowerment programme with a difference. He said Nigeria was troubled because people were hungry and out of job due to mismanagement of the nation’s economy.

He added that even students were having lots of challenges because their parents could not meet their needs owing to the level of poverty resulting from ineptitude of the APC-led Federal Government.

He, therefore, urged Nigerians to support the PDP, saying it was the only party with clear understanding of the nation’s challenges and had clear solution to rescue the nation.

Earlier, Nwokolo said his motive for the empowerment was to restore hope to the hopeless amid rising hunger and poverty in the land.

MEANWHILE, Okowa, also at the different forum, said the huge investment being made by his administration in the health sector was to improve healthcare delivery and reduce medical tourism in the country.

He disclosed this in an interview with journalists shortly after inspecting facilities at the Advanced Diagnostic Medical Centre and Mother and Child Hospital, Owa-Alero in Ika Council of the state.

He said the twin medical facilities would, on completion, reduce medical tourism as it would provide first-class medical services to people who would have sought medical treatment abroad.

“I am glad we have gotten to this stage. I had high hopes that by today, we would have inaugurated these projects.

“The equipment are fully on site and we are trying to get things fully sorted out and I am sure that in the next one month, it should be ready and opened to the public for use.

“The two projects are obviously very important. The Mother and Child, as it is so stated, is supposed to take care of every illness concerning our women and children,” he said.