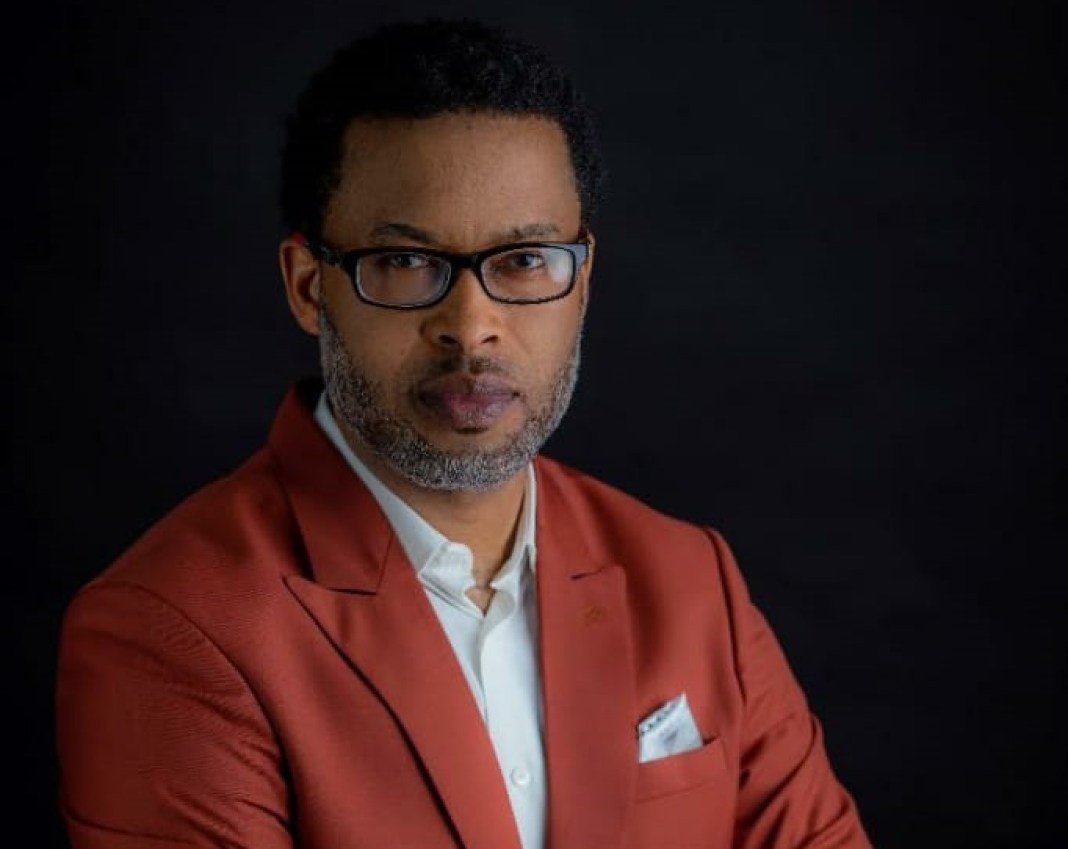 The search for a new skilled media and communication expert is currently underway at the Eko Electricity Distribution Company (EKEDC) after its former Assistant General Manager and Head Media and Communication, Sulaiman Aledeh, tendered his resignation, a year after he joined the power company.

Mr Aledeh, who joined the EKEDC team a year ago to boost the disco’s corporate communication in Lagos, was reported to have left his position and returned to the media industry where he had spent over a decade shaping the journalism profession and garnering fame in Nigeria.

The main reason for his resignation, our sources squealed is that the company shifted the goal post in the middle of the game. They suddenly woke up and didn’t want him going live on TV or doing any media gig on the other side. This was as the former assistant manager was said to have recently started actively discussing issues that were affecting Nigerians especially on COVID19 related cases and has also featured on news segments for international media organization after leaving the electricity distributor firm.

According to a staff, who spoke on anonymity, Sulaiman Aledeh resuscitated the power company’s communication medium that was redundant for years and gave customers confidence that their complaints would always be heard and resolved appropriately. Using his understanding of the global trend, he strengthened corporate communication, customer and company relations, through different social media handles to ensure instantaneous communication and feedback.

Speaking on the development, the ace broadcaster stated that he left so that he can freely practice core media; broadcasting, and publishing as he solicited for continuous support for Eko Electricity. “People say they have made a complete 360-degree change in their life to imply that they have completely changed from the way they used to be.

However, going 360 degrees means that you have returned to the exact same place you started. Which would mean you didn’t change at all. A 180-degree change would mean that you are the complete opposite which is what most people are trying to say”, Aledeh stated via his WhatsApp status.

We can authoritatively report that many government spokesmen still writes for various news outfit and owns blogs and online newspapers. Femi Adesina still runs his blog and writes columns on Sun Newspaper as President Muhammadu Buhari’s Special Adviser on Media. Reuben Abati as Goodluck Jonathan publicist was also actively involved in outside media. 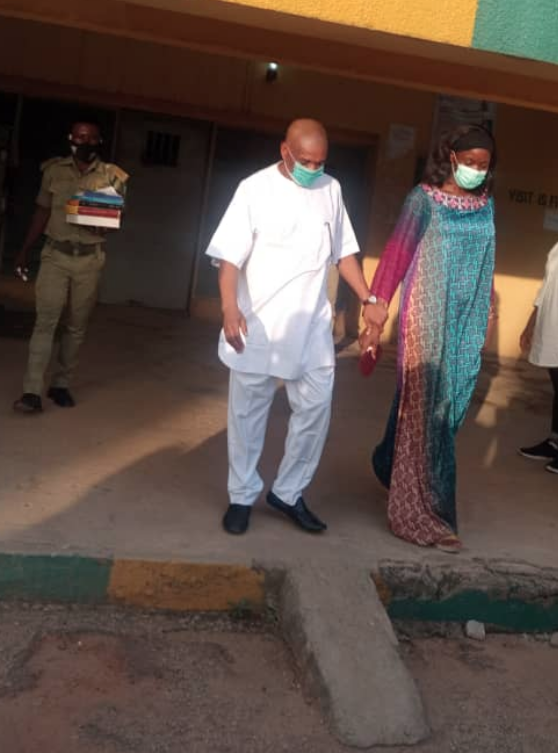 Orji Kalu, former governor of Abia state, has been released from prison.

The Economic and Financial Crimes Commission (EFCC) had arraigned Kalu and Ude Jones Udeogu, a former director of finance and account of Abia state on 36 counts of money laundering to the tune of N7.1 billion and they were jailed in December.

On May 8, the supreme court nullified the trial of Kalu’s co-convict.

The apex court held that Mohammed Idris, the trial judge who had been elevated to the court of appeal at the time of the case, ought not to have presided over the matter while he was an appeal court judge.

On Tuesday, a federal high court in Lagos ordered the release of Kalu.

Below are photos of Kalu leaving the prison: 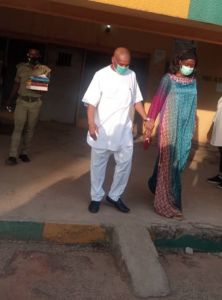 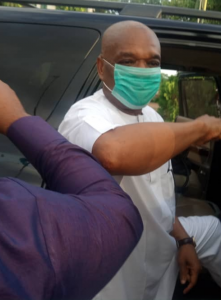 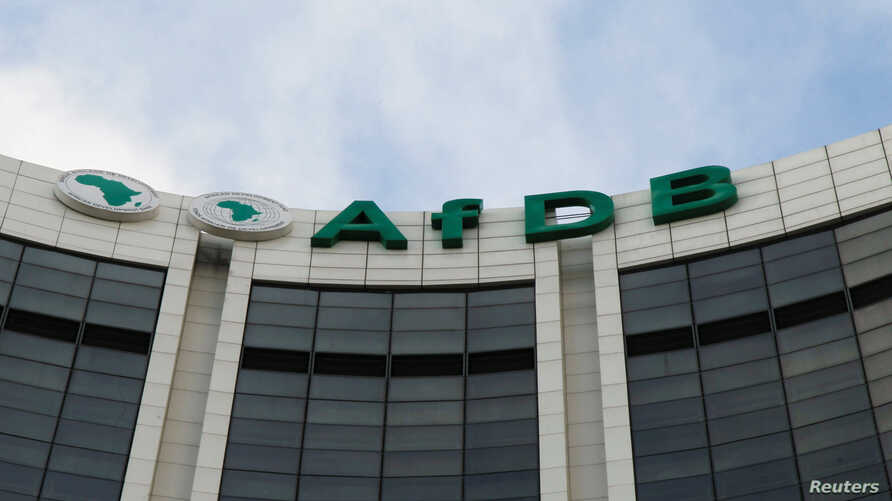 —Africa shoots self in the foot

A fresh angle emerged over the weekend about a possible loophole that exists in the voting power arrangement at the African Development Bank (AfDB) that could easily play regional shareholders into the hands of non-regional members should the current United States push actually means Washington wants the bank President, Akinwumi Adesina, out of office.

Many in diplomatic circles, who told Business A.M. they were following developments, think this may be the ultimate goal. But how the United States succeeds in achieving this goal can be seen in how, over the time, the voting power between regional and non-regional shareholders has closed up.

People familiar with the situation told Business A.M. that even when there are no misgivings, when a powerful shareholder like the United States has an agenda to pursue the diplomatic horse-trading is often fierce.

One source in London put it bluntly: “Would you want to be on the wrong side of President Trump?” He asked, in reference to how such a diplomatic horse trading could play out should the US press some regional shareholders to take its position.

The fact that the US has taken an interest in the matter at the AfDB is something that Business A.M. learnt makes the situation bad as it is. “I’ve always thought the only thing worse than being ignored by the US is being noticed by the US,” the source said.

But the real battle that lies ahead will be in the boardroom, given the voting power equation. As someone said, “the fate of Akinwumi Adesina is not in the hand of African countries but foreign investors.”

But while the ordeals of the President Adesina evokes sympathy, it appears a lot of voices in his support, either from his home country Nigeria, or from other African countries, as shown in media reports over the weekend, have dwelled more on African sentiments than looking at more potent issues that could ultimately determine the direction of events after the moment when the frenzy of supports gets to saturation point.

“In corporate governance, noise is different from facts. Whether the defenders of the embattled AfDB President know it or not, the real battle is more in the boardroom and the ultimate determinants are numbers. In this case, the numbers will play up in a number of ways, one of which is the voting powers of countries,” explained a Lagos-based diplomat.

The vulnerability of most African regional member countries can thus be seen from the table. And when it comes to wielding powers, guess where the pendulum would swing and what factors would sway the vulnerable and the weak to the side of the strong.

And if the US, rightly or wrongly accused of orchestrating the crisis, decides to exit the AfDB, might there be an exodus of other non-regional members? In the unlikely event that this happens, what is the future of the bank? Will it remain afloat or go bankrupt? What will be history of the bank in ten years’ time, should this happen: that the bank ran into financial crisis while regional members try to save one helmsman?

There are insinuations that, post-COVID-19, China might step up its regional interests in Africa. If those interests extend to financial institutions, it will be one of the most egregious mistakes to give China any greater leverage in AfDB than it currently has, even if the motive is to spite the US. The experiences of countries in Europe recently should be a good guide as they are insisting that the stakes of China in their businesses must be kept to the barest minimum.

The question that comes to the fore is this: Is Africa now trying to have it both ways? So, if any of them raise any objection, would they be heard?

How did Africa get here after setting up a bank, then they gifted it to Asia, Middle East, Europe and America? And, what would other countries think of Africa’s reactions to the US?

One analyst said: “I really don’t know enough of the details. But, big picture, especially at this moment, financing in Africa in general and the ADB in particular needs this kind of on-going controversy over governance and transparency like a hole in the head. An internal inquiry, however exhaustive, was never going to have the credibility of an independent probe.”

The future image and credibility of the bank is very important. And external inquest would help in burnishing, not tarnishing, that image. If disallowed, a dark cloud of aspersion may hang precariously and dangerously on the bank for a long term as a bank where public confidence doesn’t matter so much as insiders’ judgment. It may affect the ratings of the bank henceforth and the prospects of getting more funds raised from countries outside Africa. The desperately needed development may therefore suffer needless setback.

So where is this heading to right now? “Well… three weeks is a long time in ADB politics. But it’s not good for Adesina, if only to have failed to prevent it reaching this point,” said one diplomatic source.

COMMUNIQUÉ ON FIVE YEARS OF BUHARI: THE GOOD, THE BAD AND THE UGLY 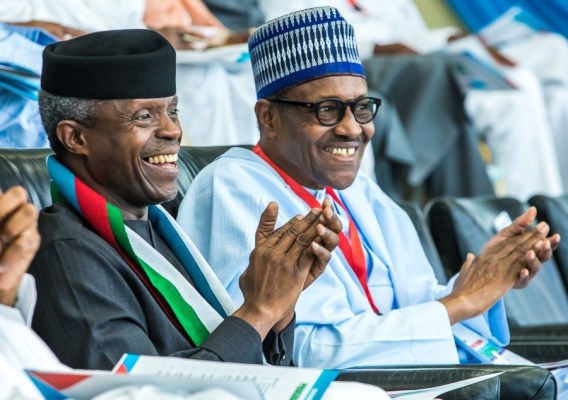 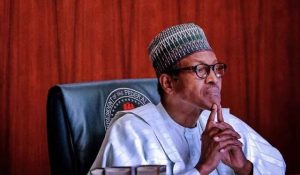