It seems that the center would not hold much longer for the current Minister for Culture and Tourism Chief Edem Duke. As information reaching

Society Reporters NG reveals that the President of the Federal Republic of Nigeria, Goodluck Jonathan, is not happy with the minister and has

even gone as far as making moves to replace him. The president has asked members of his inner cabinet to shop for a replacement for Chief

Duke because according to a competent source, ‘the President is crossed with the always faltering Minister of Culture for the manner the minister

misled him into approving the sack of a serving Director General of a parastatal under his ministry, so as to pave way for the appointment of the

son of his close friend and business associate’.

Society Reporters NG gathered that the minister on Thursday 11 Sept 2014, announced the removal of the artistic director of the National Troupe

Mr Martin Adaji and in his place appointed Akin Adejuwon, son of his bosom friend Mr. Franklin Adejumo, as Artistic director.
Akin, a fine artist, is based in the UK and his father Dr. Franklin Adejuwon according to same source, has been a longtime associate of Edem Duke,

their friendship spans over 3 decades, and Dr. Adejuwon has pressurized Duke to use his influence and connections to secure a job for his son who

knew or have heard about their new Director, Akin Adejuwon, who has taken over a job meant for a theory and practically oriented theatre

We gathered reliably that Akin Adejuwon is a fine artist, and also a head of a performing arts agency when there is a national gallery of arts. And

Mr Adaji, the sacked Artistic Director, is a play creation major from the University of Ibadan, and has held many artistic positions before his

National Troupe appointment in 2011. Mr Adaji would have served out his first term in June 2015, and was even looking forward to a renewal of his

appointment because of the giant strides he has reportedly recorded, before his hasty ouster by Duke on Thursday night. Akin, his successor has

not shown up for work since his appointment, and that only means that Duke bowed to the ‘external’ pressure. Adejuwon, is said to be the brain

behind the drafting of the Miribound Tourism master plan, being spear-headed by Edem Duke. Currently, there is confusion in the arts community,

and among staff of the National Troupe. Some of them who spoke to our reporter say they will resist the attempt by Duke to appoint a non

practitioner as head of the National Troupe.

They said the minister owes them an explanation as to why a serving DG will be removed without reason. They want the President to reverse the

decision, as the troupe is a specialized agency that does not need a crony as CEO. They also said they will protest this and other appointments

the minister has made in the last two weeks. Last week, the minister appointed his Special Assistant, who is alleged to be a former staff of his

servant Mrs Dayo Keshi, as DG of National Council for Arts and Culture. Mrs Keshi will be 68 by the time she serves out her tenure.

Efforts made by Society Reporters NG to reach the minister on phone proved abortive. His two lines have remained permanently switched off. But

an aide to the Minister said the appointment of Akin Adejuwon, is with immediate effect and that ‘even President Jonathan cannot reverse it, as

he is the one who authorized the removal of Mr Adajih’.

We promise to bring you more reports as soon as we lay our hands on more information.

Top Delta State Politician Disgraced by Prostitutes In Delta State…….. + Picture of how he was disgraced! 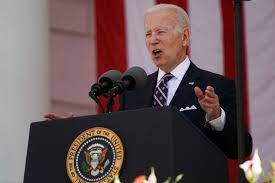 Delta State Governor and Vice-Presidential Candidate of the Peoples Democratic Party (PDP), Ifeanyi Okowa, weekend, said that poor management of the nation’s economy by the ruling All Progressives Congress (APC) caused the rising hunger and poverty in the country.

He stated this at an empowerment programme for the people of Ika Federal Constituency at Boji-Boji Owa, Ika North Council by the member representing the constituency at the House of Representatives, Mr. Victor Nwokolo.

The governor, who commended Nwokolo for his gesture, described the event as “empowerment programme with a difference. He said Nigeria was troubled because people were hungry and out of job due to mismanagement of the nation’s economy.

He added that even students were having lots of challenges because their parents could not meet their needs owing to the level of poverty resulting from ineptitude of the APC-led Federal Government.

He, therefore, urged Nigerians to support the PDP, saying it was the only party with clear understanding of the nation’s challenges and had clear solution to rescue the nation.

Earlier, Nwokolo said his motive for the empowerment was to restore hope to the hopeless amid rising hunger and poverty in the land.

MEANWHILE, Okowa, also at the different forum, said the huge investment being made by his administration in the health sector was to improve healthcare delivery and reduce medical tourism in the country.

He disclosed this in an interview with journalists shortly after inspecting facilities at the Advanced Diagnostic Medical Centre and Mother and Child Hospital, Owa-Alero in Ika Council of the state.

He said the twin medical facilities would, on completion, reduce medical tourism as it would provide first-class medical services to people who would have sought medical treatment abroad.

“I am glad we have gotten to this stage. I had high hopes that by today, we would have inaugurated these projects.

“The equipment are fully on site and we are trying to get things fully sorted out and I am sure that in the next one month, it should be ready and opened to the public for use.

“The two projects are obviously very important. The Mother and Child, as it is so stated, is supposed to take care of every illness concerning our women and children,” he said.