This is very authoritative and Society Reporters NG’s exclusive report.
Report reaching us has confirmed that the current governor of Oyo State, Governor Ajimobi has been having a sleepless night since the day the state’s former governor, Alao Akala declares his intention to run as a governor of the state under the platform of the PDP.
We gathered exclusively that the governor has seen Alao Akala as a very great competitor who might become the next governor of the state in the upcoming gubernatorial election.
Report reaching us from Ibadan the state capital revealed that governor Ajimobi has been sending different delegates to beg otunba Alao Akala to step down and name his price, for him to have a better chance come 2015.
One of our very reliable source hinted Society Reporters NG that the governor sent some delegates to Akala last week to step down or better still cross over to APC, in order to help him boost his chances of his re-election bid, sensing the fact that He (Ajimobi) can be defeated in the next election, and it had become very obvious that PDP will field Akala against him.

We gathered therefore that some other delegates were sent to Akala’s residence yesterday Sunday 12 October, 2014 to beg him to take one of the two options he is pushing forward.
The delegates according to an insider was led by the caretaker  chairman of ogbomoso local government, Mr Temi Adibi who met Akala at the SDM trying to persuade him to listen to Governor Ajimobi, and mention his price for them to work together.
According to our source, Otunba Alao Akala  insisted that he cannot accept any offer from Ajimobi claiming he will remain in PDP and will never take APC for an option.
“I am not interested in becoming a member of APC, and I am still in the race for governorship in the coming election under the umbrella of PDP”. He insisted.
Society Reporters NG will update you on the development as soon as we lay our hands on more information. 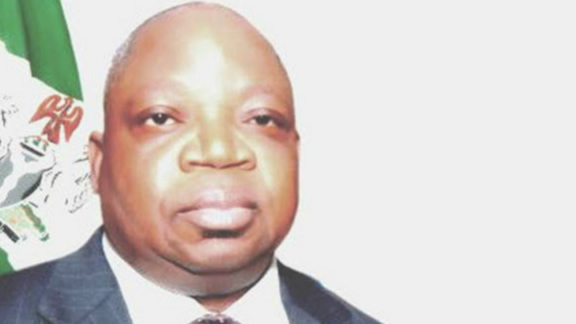 The Court of Appeal in Abuja has set aside the judgment of a lower court barring the Economic and Financial Crimes Commission, EFCC, from initiating either civil or criminal proceedings against former Accountant-General of the Federation, AG-F, Jonah Oguniyi Otunla.

In a judgment, a three-member panel of the Court of Appeal marked: CA/A/657/2021, on Monday, January 30, 2023, held that Otunla failed to prove that there was actually a non-prosecution agreement between him and the EFCC.

The court upheld the arguments of the lawyer for the Economic and Financial Crimes Commission, Sylvanus Tahir, SAN, and resolved the four issues, identified for determination, in favour of the Commission.

Justice Danlami Senchi, who read the judgment, noted that Otunla did not provide any written commitment, except his words and that of his lawyer, that such an agreement existed.

Justice Senchi held that Otunla could not halt his prosecution by merely claiming that there was an agreement, which existence he failed to establish with any credible evidence.

“In the instant case, there is no evidence to support the pleading of the respondent (Otunla) that he will not be prosecuted; that criminal or civil proceedings should not be instituted or initiated against him.

“There is no plea bargain or any documentary evidence relating to the President Panel for the Recovery of Funds. On the whole, the appeal is meritorious and it is allowed. The judgment of the Federal High Court, in suit number: FHC/ABJ/CS/2321/2021 delivered on the 16th day of July 2021 delivered by honourable Justice I. E. Ekwo is hereby set aside,” he said.

Other members of the panel – Justices Stephen Adah and Elfreda Williams-Daudu – agreed with the lead judgment.

The EFCC investigated Otunla in relation to two cases: The alleged diversion of about N24 billion meant for disengaged staff of the defunct Power Holding Company of Nigeria (PHCN) and the N2 billion allegedly received from the office of the National Security Adviser, ONSA.

In July 2021, Justice Inyang Ekwo of the Federal High Court in Abuja upheld Otunla’s claim of an existing verbal agreement between him and the then-acting Chairman of the EFCC, Ibrahim Magu, that he would not be prosecuted if he made a refund to the Federal Government.

Justice Ekwo, in the 2021 judgment on the suit, marked: FHC/ABJ/CS/2321/2021 filed by Otunla, held among others, that, in view of the assurance given to him by Magu, which informed his refund of the money, he could no longer be prosecuted for his actions while in office between 2011 and 2015.

Otunla had, in an affidavit, claimed that Magu promised him that he would not be prosecuted should he return funds traced to him and companies linked to him and his associates.

He stated that sometime in 2015, he was invited by a team of EFCC investigators to probe the alleged diversion of funds from the office of the National Security Adviser, ONSA, and the Power Holding Company of Nigeria, PHCN, pension funds. Otunla said he later met with Magu, in the course of the investigation, when the then acting EFCC chair told him in person to “refund the monies linked to your companies and nobody will prosecute you.”

He said, based on Magu’s promise, he had a reconciliatory meeting with the team of investigators, where he immediately undertook to make available some funds as refunds.

In line with the agreement, Otunla said one of the companies linked to him – Stellar Vera Development Ltd – refunded N750 million, another company – Damaris Mode Coolture Ltd – refunded N550 million, while the two firms later made an additional joint refund of N2,150,000,000.00 (Two billion, One Hundred and Fifty Million Naira only).

He added at a point, he raised several managers’ cheques for N10 million in favour of the EFCC, which he handed to the Economic Governance Section.

Otunla said, in all, he made a refund of N6,392,000,000.00 (Six Billion, Three Hundred and Ninety-Two Million Naira only) to the Federation Account through the EFCC.