Related Topics:Evans The Billionaire Kidnapper Bags 21 Year Imprisonment
Up Next 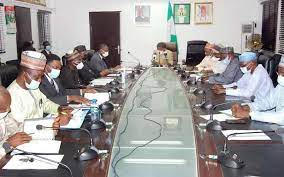 Members of the House of Representatives are to meet with the Academic Staff Union of Universities (ASUU) and other stakeholders to resolve the lingering strike embarked upon by the union.

This is contained in a statement issued by Mr Yahaya Danzaria, the Clerk of the House of Representatives, on Monday in Abuja.

The meeting is scheduled to take place on Tuesday at the National Assembly, in the House of Representatives wing.

According to him, the House of Representatives is deeply concerned about the renewed strike, which seems to have defied all efforts made to find a solution.

Danzaria added that the House was concerned that there had been no agreements reached between the Federal Government and the striking university lecturers.

He said that the House was more worried about the negative consequences of the strike on the quality of education and the future of the teeming youths.

Furthermore, he noted that youths had been kept at home for the past six months despite the intervention of the House and several well-meaning Nigerians who worked overtime to see that the matter was resolved.

“In light of the foregoing, the House hereby requests another opportunity to come together with stakeholders and leadership of ASUU to seek an amicable resolution.”

He said that this was without prejudice to the fact that the matter was already in the Industrial Court. 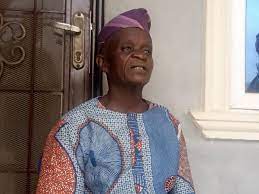 Mufutau Lawal, father of Kofoworola Babajide, the minority leader of the Osun Assembly: narrates one month ordeal in captivity of kidnappers

Mufutau Lawal, the father of Kofoworola Babajide, the minority leader of the Osun State House of Assembly who was abducted in Ede town on 5th August after a commotion that resulted into burning down of his house has regained his freedom.

Lawal’s son, a member of Peoples Democratic Party, PDP and the lawmaker representing Ede North State Constituency in Osun State House of Assembly, had told journalists that his father was missing after the commotion.

He had also expressed fears that he may have been burnt inside the house or killed with his remains taken away by the arsonists with insinuations that the action may have been carried by members of the ruling All Progressives Congress, APC in the state.

But Lawal who was set free and rescued in Lokoja, the capital of Kogi State after missing for one month told journalists that his abductors forcefully took him away on a motorcycle from his house in Ede to a shrine along Ilesa road in the state for ritual purposes.

“Not long after they left, another set of people came and immediately they alighted from the motorcycle, ordered me to climb the motorcycle. I asked them where they were taking me to One of them responded, ‘we are taking to you to meet your son, Akogun’. Because of my age, my sight is already blurry, I couldn’t see clearly as we were going. But after a while, I noticed we were on Ilesha route, because that’s my route when I was young.

“I asked again where they were taking me to and the one behind me said, ‘if you ask any question again, we will kill you here’. I stopped asking them questions. We were going on a high speed. Then, it was already dark, so I can’t see anything again.”

“Later, we got to a place, there is a house there and I was asked to go inside. I met an old man with a boy, the man is a herbalist and he welcomed me. Those who carried me to the place left.

“I saw the herbalist as he consulted his oracle. After many incantations, the herbalist asked me if we have any deity in our family and I told him no, that we don’t have any deity but my wife family has one they do worship which is ‘Sango’, the traditional god of lightening. The herbalist then said, ‘I can see’ as he shook his head. Later, I noticed that he was calling those who brought me to him to come and carry me that I can’t be used.

“Those who brought me didn’t answer and I was there for weeks before they came back six days ago around 3am to carry me.

“As we were going in the middle of the night, I noticed that a car was coming behind us and not quite long, the motorcycle that they used to carry me stopped and I was asked to enter the car. It was the car that carried me to Lokoja in the morning.

“It was there in the station that they contacted some people in Osun to get my son’s phone number. They called him to inform him that I came to explain how I got to Lokoja. It was my son who arranged how I got back to Osun,” he said.

Yemisi Opalola, the police spokesperson, confirmed that Lawal was freed by in Kogi and was brought back to Osun by the police.