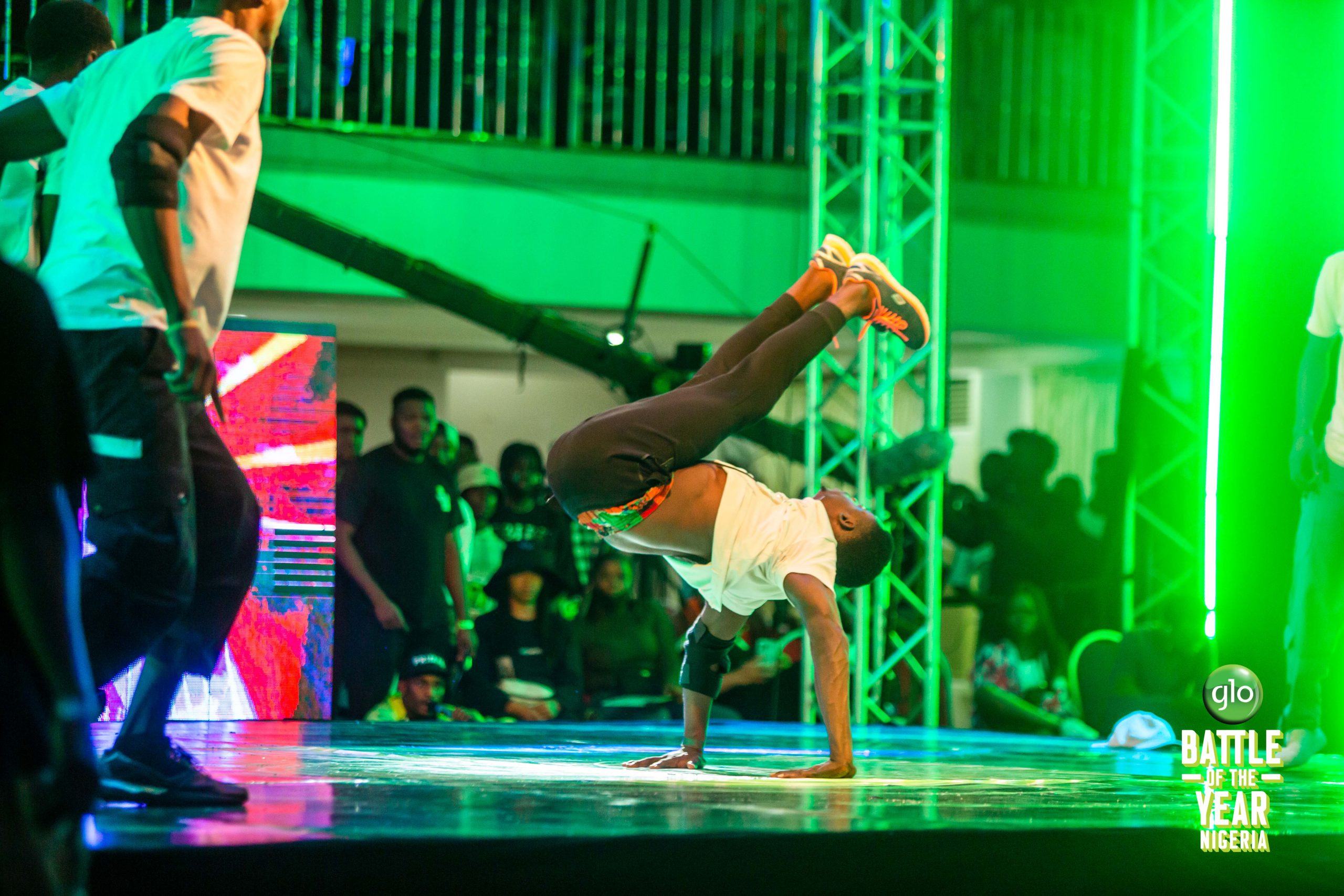 Get ready for more drama, more mesmerizing moves, the thrill of victory, and the pain of loss!

Episode 3 of Glo Battle of the Year Nigeria airs this weekend and viewers will be in for more drama as the regional BBoys and Lockers finals hold across the 6 cities of Kaduna, Abuja, Port Harcourt, Enugu, Benin, and Lagos.

To help with the proceedings more judges make an appearance in Episode 3 during which viewers will meet award-winning new judges Frank Okwara and Locking Si’on alongside favorites like Bboys JC Jedor, Big Flow, Gidnasty, and Poxxy.

As we countdown to Episode 3 viewers will be looking forward to who emerges winners from the regions. Will BBoy Off drop off the radar or emerge winner in Abuja as he squares off against BBoy Vic?

Will Mr. President BBoy Whirlz be unseated when he battles BBoy Jerry for the top prize in Benin?

BBoy Trixx showed no mercy when he locked horns with and vanquished his younger brother in Episode 2 and in this episode viewers will find out whether he has enough tricks in his bag to defeat BBoy Lim in the Kaduna finals?

And what happens when a god meets a cartoon character? Find out as Bboy Prym battles SixGod for the regional prize in Enugu.

Finally, Lagos? Will the talented dancer from computer village triumph over his equally talented foe? Get ready for riveting action as Bboy Famous battles Lil Dan in the Lagos finals.

And if you are a fan of Locking, you will be thrilled by lockers from across the regions. Look out for the man-slaying locker, Christiana Gift in the Portharcourt finals.

All these and more await viewers on Episode 3 of the Glo Battle of the Year Nigeria reality tv show which will air at 8 pm on Saturday, February 19, 2022, on GloTV, the company’s streaming App. There will be repeated broadcasts on NTA on Sunday at 8 pm and AIT on Tuesday at 9 pm.

Bboy Whirlz stays presidential while SixGod is 7th time lucky in Ep. 3 of Glo Battle of the Year Nigeria

The suit marked FHC/ABJ/CS/2017 was instituted in 2017 by Williams against MTN, its Chief Executive Officer, Ferdi Moolman; Nowhere to Run Entertainment Ltd and Emmanuel Abanah.

Williams with the stage name, “Pupayannis” had through his lawyers from Remedium Law Partners (formerly Felix Igelige and Associate Law Partners) asked the court to award N200 million as general damages and N100 million as aggravated and punitive damages in his favour.
The plaintiff had accused MTN of selling a song he composed in July 2013 as a ring tone.
He had asked the court to declare that MTN’s sale of the song without his consent constituted an infringement on his copyright.
The plaintiff had alleged that MTN, in collaboration with No Where to Run Entertainment Company, offered his song “Love is everything” to its millions of subscribers as a ring tone and caller tune without his consent.

In a statement of claim, the plaintiff said he wrote, composed and financed the production of the song in July 2013, three months before he entered into an agreement with No Where to Run Entertainment Ltd.

He contended that he did not, at any time, surrender the master tape and the right of the song to the entertainment company and its chief executive.

The plaintiff prayed the court to award N200 million as general damages and N100 million as aggravated and punitive damages in his favour.

Delivering judgement on Thursday, the presiding judge, Justice Mary Ojukwu asked the telecommunications company to pay the musician N20,000,000 and also render an account of profit for the illegal use of the song for three years. 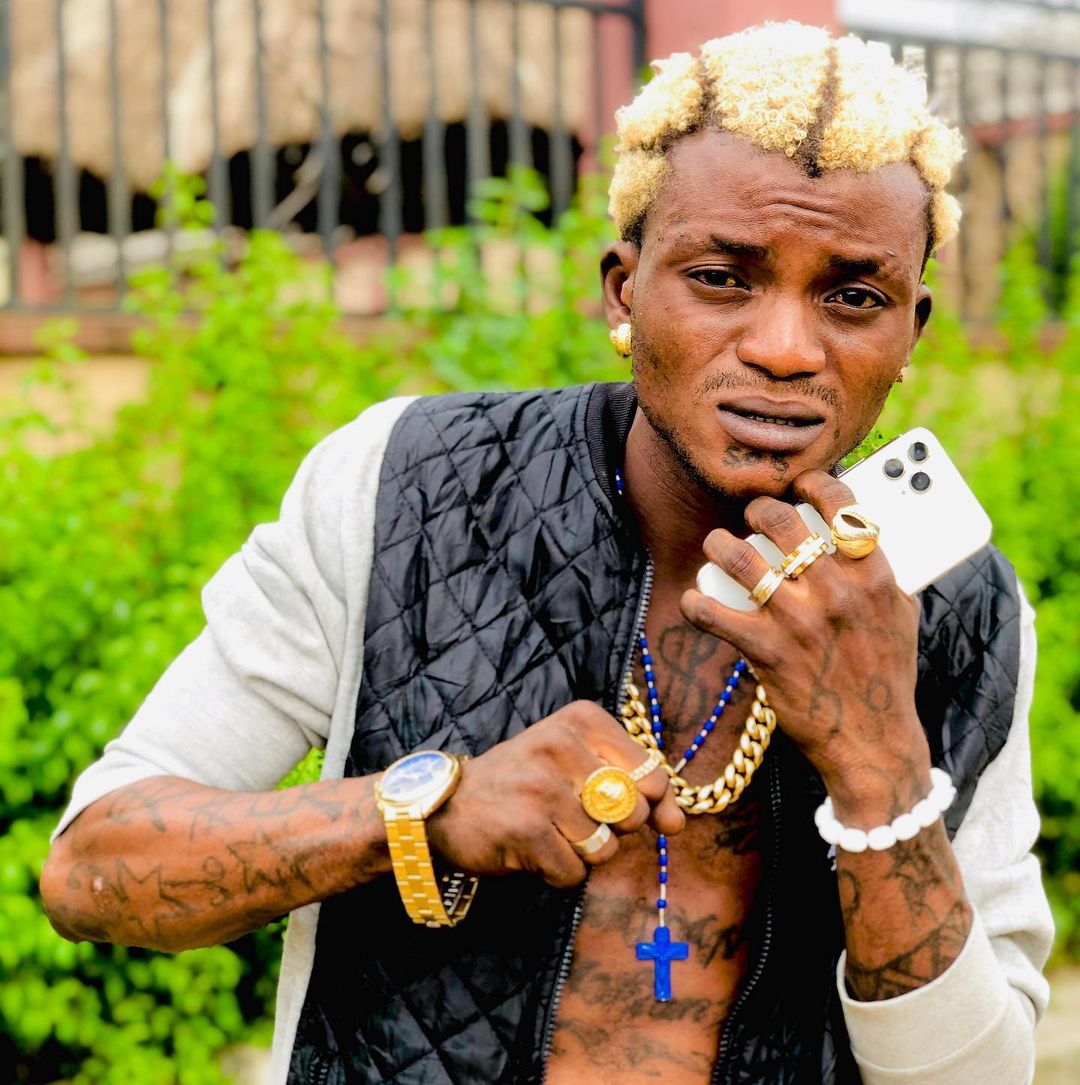 Barely 24 hours after the Ogun State police command threatened to arrest a controversial Nigerian artiste, Habeeb Okikiola, popularly called ‘Portable’, over an alleged threat to life, his driver has reportedly killed a motorcyclist.

The driver was said to be running errands for his boss when the accident occurred.

Mr Opeyemi said the investigation would unravel facts that led to the unfortunate incident.

“The accident occurred at the Ilogbo area in Ogun state, where one of Portable’s aides hit a motorcyclist. The victim did not survive as he died on his way to the hospital.

“We are not sure if the guy in question is (was) drunk or not; we should all wait for the outcome of the investigation. But with this, we are resounding our 48-hour ultimatum given to the hip-pop singer; this request will elapse tomorrow, Wednesday. He will do himself well to be honourable and turn himself in for investigation.”

Portable denied the allegations of killing a motorcyclist in an accident in Ogun State.

The Zach Zuh coroner clarified this on Tuesday, after his son’s naming ceremony, Opeyemi Oluwa.

Reacting to the news of the accident, Portable said: “I didn’t kill anyone, but I am pained that the victim died.”

The singer noted that he was at his son’s naming ceremony when the accident occurred.

However, Portable promised to visit the hospital and reach out to the accident victim’s family.

The command was in response to a viral video wherein Portable ordered a group of youths to beat up a young man at a yet-to-be-identified location in Ogun State.

In the video, the singer said the victim of the attack offended him earlier but he forgave him after several pleas.

Since Portable achieved celebrity status, he has been in the news for several notorious reasons.

In a statement, the organisers condemned the controversial artiste for threatening the lives of fellow nominees.

The fast-rising artist was nominated in the ‘Rookie of the Year’ category alongside Av, Fave, Magixx, and Ugocci.

For the Best Street-Hop Artiste category, he is pitted against Bella Shmurda, Mohbad, Naira Marley, and Goya Menor, among others. 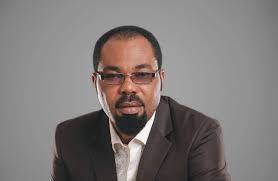 A Nollywood actor, Moses Armstrong, has been arrested by operatives of the Nigeria Police Force, Akwa Ibom State command, for allegedly defiling a minor.
His arrest was confirmed by the National President of the Actors Guild of Nigeria, Emeka Rollas, during an interview with Qed.

Rollas, according to the report described the case as “a very serious one.”
It was gathered that the issue is being handled by the First Lady of the state, Martha Udom Emmanuel, through her Family Empowerment and Youth Re-Orientation Path Initiative.
The AGN president said the accusation was a sad development involving one of their own noting that the organisation would not stand for such a crime.
“To get involved with a child as young as 16 years, is something I and the association I represent, would not stand for and this is a very sad development involving a member of ours, but I wouldn’t want to comment any further on this case.
“As we chat, he is still in police custody,” Rollas was quoted as saying.
Moses Armstrong is a special assistant to the Akwa Ibom State Governor, Udom Emmanuel.
Moses lost his wife and also an actress, Rita Armstrong, in 2018.
Rita died from spinal cord injuries sustained from an accident.
The mother of two was returning to her husband’s residence in Uyo, Akwa Ibom state from Lagos on Saturday, February 3, 2018, when the Akwa Ibom Transport Company (AKTC) bus conveying her got involved in a ghastly crash at the Ugbogui axis of Benin Ore Lagos Expressway.